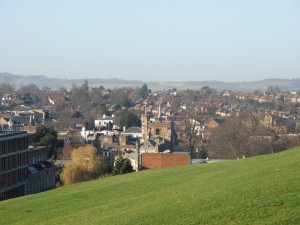 NHDC has produced the required draft Local Plan concerning future developments and housing plans – details are here with the HTAG response. There is a guidance note and also details of the matters and issues that the inspector has identified – just click on these links. Further details are on the NHDC website.

Hitchin Town Action Group decided not to request to speak at the hearings. The Inspector’s guidance stated  ‘……., it is important to stress that written representations carry the same weight as those made orally at a hearing session. Consequently, participation at a hearing session is only necessary if, in the light of the Matters and Issues, you have specific points you wish to contribute.’ Since HTAG had already submitted a comprehensive written statement last November which made the points we would wish to make, it was decided that a further verbal submission was unnecessary. However, in our submission in November last year, we did mention the study on the feasibility of the access road to the industrial estate, which at that stage was not available. We have therefore sent a copy to the Inspector to draw his attention to it.

The Inspector has received a number of comments that not enough time may have been set aside in the hearings session timetable for discussion of some issues, particularly in relation to the site allocations.
The Inspector has agreed to re-schedule the hearing sessions and has extended the timetable by a further two weeks. All the site allocations hearings have been moved to the additional two weeks of hearing sessions. This allows additional time to be allotted to some of the other matters that are scheduled for discussion during the first four weeks of the hearing sessions.
Because of the Christmas and New Year holiday period, and also because some people will not be available in January, the additional hearing sessions have been scheduled for February 2018.
The new timetable can be viewed below:-
https://www.north-herts.gov.uk/planning/planning-policy/local-plan/local-plan-examination/hearing-sessions
As a result of the changes to the timetable, the deadlines for hearing statements have been adjusted and are as follows:-
Weeks 1, 2, 3 and 4: Deadline for hearing statements: 5.00 pm Friday 3rd November 2017
Weeks 5 and 6 Deadline for hearing statements: 5.00 pm Friday 12th January, 2018.
The deadline for notifying me that you wish to participate at the hearing sessions remains unchanged: 5.00 pm Friday 20th October 2017.