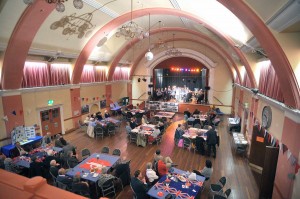 on December 2nd, Stephen Pike,  the chairman of Hitchin Town Hall Limited, spoke frankly to the Hitchin Councillors, saying
I would like to thank you for the opportunity to present tonight a clearer and external view, than might otherwise be circulated within NHDC, as to the situation that now exists with Hitchin Town Hall. I would add that we are not in the business of point scoring, this profits no one.
As circulated to you all last week, we would like to thank you and your fellow elected members again for your continued support of this project.
It is such a great shame that attempting to work in partnership with your officers and the delivery of this inspired project has fallen far short of the original vision.
I would initially like to remind councillors that my team is made up of the most amazing talent pool of professionals with vast amounts of experience in their individual fields.
We have expended thousands of man hours over the past 4 years, all in a totally voluntary capacity, but worth commercially well in excess of £250,000. It is with great sadness, therefore, that we have now, reached an impasse with NHDC.
Please remember that is was through our dedicated work that we brought to the 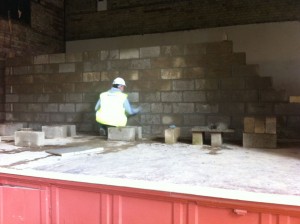 table massive community support and introduced number 14 and 15 Brand Street to radically improve the whole project.
In fact, when we latterly introduced number 15 Brand Street to increase the square footage available and make the whole frontage very much more attractive, your officers resisted our attempts to, among other things, save the stage.
With the benefit of 20/20 hindsight we should never have agreed to the construction of a “removable stud wall” across the stage.
The reasons given by your officers, at the time, were that the rear of the stage just had to be used, temporarily, for museum artefact storage.
Clearly there has been some economy in this assertion.
We believed that in time we could find alternative storage and regain the stage.
However, as you well know by now a concrete wall, with heavy machinery and plant, together with a huge amount of fundamental pipe work for the facility being attached, has been constructed instead.
There is absolutely no possibility of so called reversibility and, as a result, not only have we lost the stage for ever, but the promised museum storage has also been compromised.
We had no consultation on this and it was constructed without our 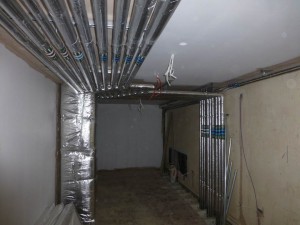 agreement. We asked that work should cease while we could discuss a suitable way forward with your officers, and this request was ignored.
In our view, and those of our advisors, this alone constitutes a material breach of our development Agreement (DA) with NHDC. There is a catalogue of other breaches, advised to your officers, which also alone or together constitute material breach.
I would also now like to put on public record our dismay at a gross misrepresentation perpetrated by the appointed architect and agent of NHDC to the effect that we were both consulted about and agreed with the retrospective listed building consent on the Town Hall.
I know not if this was with the knowledge or complicity of your officers but this could not be further from the truth.
We categorically reject this.
We asked for this to be publicly retracted, and what did we receive from your officers but a threat that by raising the issue WE were in breach of the DA. Disingenuous to say the least!!
We have had no alternative but to serve notice of termination of the DA and, 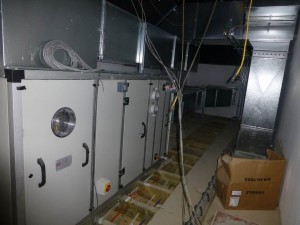 as a consequence, have exercised the contractual obligation (Known as a ‘Put Option’) to require NHDC to pay HTH £440K to take legal ownership of 14 &15 Brand Street. Here I would remind Councillors that HTH currently own the land upon which the foyer is presently being constructed.
Taken together with construction commitments which HTH would have covered, this brings a total cost to NHDC of approx £1M.
In the face of these blatant material breaches your officers have rejected outright our notice of termination and put option.
I can only but conjecture as to the reasons for your officers stance, but of course it is the same officers who have presided over these breaches.
Your officers state that there are procedures within the DA to resolve disputes.
I must advise that again your officers are ill-advised. If you actually read the DA there are no such provisions in circumstances of a material breach.
As a consequence of these material breaches we have been unable to conduct a community fundraising programme.
We had a very robust Business Plan that was microscopically analysed by our bankers and by NHDC. This plan was based on a community fundraising programme and a first class facility to generate important commercial income running in parallel with significant community use.
Alas both the current pre-opening and ongoing future running financial plans have been compromised by these breaches.
We are aware of recent public pronouncements by your leader that NHDC are concerned as to our financial standing. Interesting when NHDC has put us in a position where fundraising, due to the strength of negative feeling in the community, is now impossible.
Indeed following detailed discussions with our bankers, who have been incredibly supportive, they agree our grave concerns as to the viability of our business model.
We are hugely frustrated, when we have done all we can. We feel that as a significant stakeholder (we were to bring in £1M out of a £5m project) we have had little if any Partnership working with your officers.
Notwithstanding that it is the position of HTH that the DA has been terminated, we are happy even at the eleventh hour to try and discuss a way forward, on a Without Prejudice basis.
We have asked repeatedly for a round table meeting not with your officers but rather with your Chief Executive and Leader but have been refused. In reality that is the only possible route whereby the project stands any chance of retaining the involvement of HTH and not incurring substantial additional costs to NHDC
NHDC are seriously at risk of an additional cost here of £1M, and taking our HTH hat off for a moment, and looking at this from an individual taxpayer’s point of view, it is lamentable.
He then displayed a number of photographs of the building works which have caused such dismay, some of which are in this post – the hall as was, the “reversible stage wall” being built, the pipework behind and the equipment supported by the wall. More background info here. 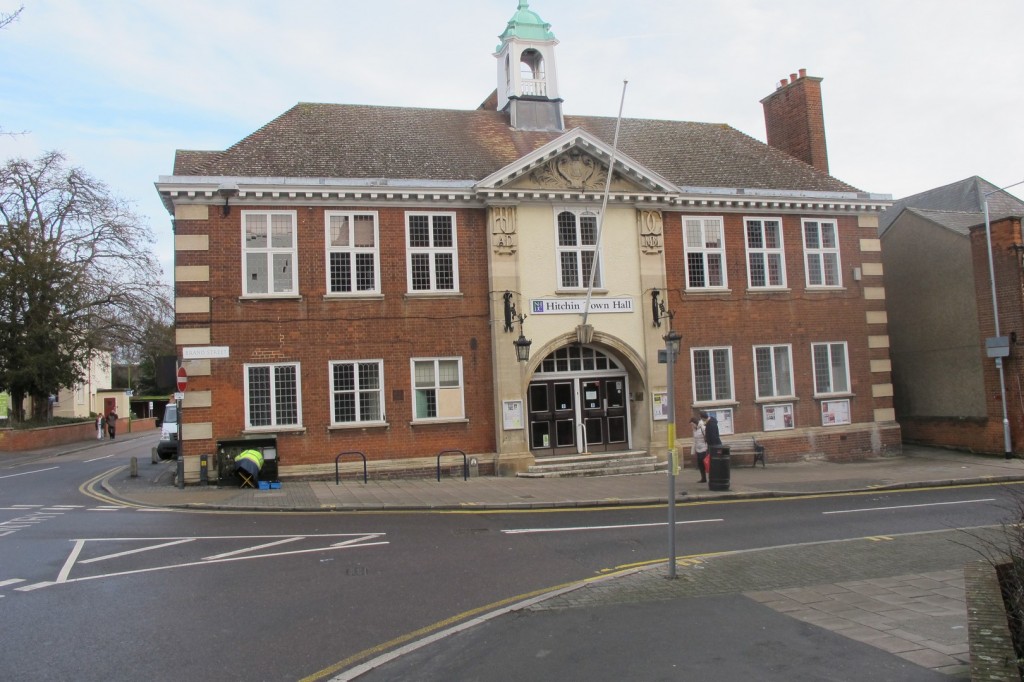