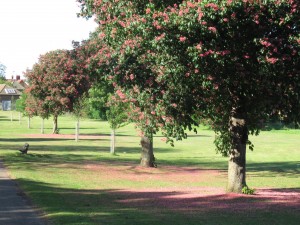 Bill Sellicks, has been exploring the issue of how NHDC does its consultations – as described in the May Newsletter (and stated in a presentation to Hitchin Committee on March 1st).

He expressed surpise to learn that NHDC has a Consultation Strategy.  The Strategy, which recently appeared on the Council’s website, states in its preamble ‘…..32% of people disagree that NHDC makes an effort to find out what local people want and 28% disagreed that NHDC fully involves / consults residents on important issues. This has the potential to have a serious impact on our reputation and on resident satisfaction with services and therefore needs addressing.’  This is an encouraging admission, but it begs the question ‘How does this (2016-2020) Strategy differ from its predecessor in order that the situation is improved?’  The earlier version appears to be no longer available, so we may never know.

The Strategy lays down broad principles, but in no way is it a protocol.  It endorses the Cabinet Office Principles on consultation, but enshrines inconsistency.  It gives considerable leeway to Officers and Portfolio Holders to interpret the Strategy in whatever way they please, which can involve a decision that consultation is unnecessary or inappropriate.  It makes clear that funding and staffing available for consultations has been reduced since 2010, but claims that the use of Survey Monkey and external providers have compensated for this.  It would be almost impossible to subject this claim to any sort of scrutiny. There is little mention of the benefits of consultation apart from a general statement of its worthiness in the opening paragraph.  There is no mention of money saved when a consultation demonstrates that a proposal is flawed; neither is there any mention of losses when a consultation, conducted too late, reveals considerable public antipathy to the extent that a project has to return to the drawing board or even to be abandoned.  The current Consultation Strategy is available here.

Sarah Dobor, NHDC’s Communications Manager, has contacted Bill in response to his presentation to the Hitchin Committee in March on Consultation.  Her letter referred to the Council’s 2016 – 2020 Consultation Strategy (the ‘new Strategy’ for the purposes of this article) which he mentioned previously, and expressed the hope that ‘…this puts your mind at rest that the Council does already have a way forward on the future of Consultation’. The full letter is here.

Sadly not.  A way forward, possibly, but no guarantee that the destination will be any more desirable than the current position.  The new Strategy is based on the Cabinet Office / Gunning principles of consultation which have been mentioned before, and identifies a five stage approach to any consultation.  Our Steering Group has now had the chance to discuss the Council’s response and we have replied, making points about the lack of clarity and considerable leeway for interpretation that the new Strategy allows.  In addition, we provided a series of questions and observations about each of the five stages, which we hope will highlight what we believe to be the main flaws.  Our response is here  with some specific questions listed here.

The new Strategy itself makes clear in its preamble that NHDC is concerned about the negative perception of its record in this respect.  The evidence for this is given as the ‘disagree’ responses to two questions in the Area Wide Survey of 2013.  Responses to the same questions in 2015 were equally negative, but the results of that survey were published just after the new Strategy had been agreed, and were therefore not mentioned in its preamble. The more recent data clearly emphasised that the pre-2016 Strategy was not working.

The next Area Wide Survey is due in 2017.  If responses to the equivalent questions remain negative, that would be clear evidence to suggest that the new Strategy is also ineffective.  If that turns out to be the case, we have urged that the Council consider an early review of the new Strategy.  We have also indicated that we would be willing to take part in discussions of any re-drafting of the Strategy. At the time of writing we have heard nothing more, but we hope we will be able to report more development soon.