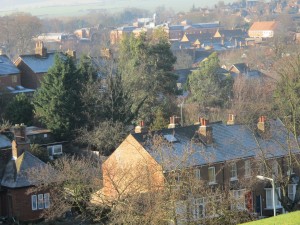 Hitchin Forum has considered the main consultation report and the background papers, and would like to make the following comments.

Option F, NHDC’s preferred option, is based on the amount of housing that would be required to enable affordable housing needs in the district to be met.  Hitchin Forum supports this option as a means of ensuring that local people continue to be able to live in North Herts.

However, we are concerned that it will be crucial that the figures used to calculate affordable need are robust.  This is especially important in the context that the Secretary of State will be expecting the achieved rate over the last 10 years to be exceeded (which would suggest at least 7,700 homes over the twenty years rather than 7,000).

If this Option is to proceed we would ask that NHDC provide a fuller explanation than given in Defining the Housing Requirement (Appendix 2).  If the Council were to seek an independent review of the calculations (which we strongly urge), then Hitchin Forum would be pleased to be used as a sounding board on the wider understanding of the figures.

We would be concerned if the principle of Option F was supported only to find that the housing requirement based on this option could be significantly larger.  Our concern is founded on the difficulty of being robust in this area, as illustrated by the uncertainty of some basic inputs to the calculations.

For instance, NHDC rightly say that any estimate of housing numbers is dependent on the occupancy rate, currently 2.33 people per household, but predicted to be 2.14 by 2031.  A small error in this figure makes a considerable difference to the number needed.   We suspect that the Office for National Statistics has continued past trends from the census in arriving at this figure, a method we believe is incorrect.  The current trend is for young people to remain at home for longer or rent in multiple occupancy.

Our concern is also related to the economic and cultural indicators which are suggesting that there may not be significant growth in the economy and that the problems are long term and structural. Occupancy rates may not decline as predicted, but conversely, the need for affordable housing for families could well increase.

There is need for particular care in terms of overall housing provision, since planning in the South tends to lead on the principle of providing houses and expecting employment to follow.  This means that successful Hertfordshire deprives other areas of prosperity.  Water shortages and transport problems also provide cogent arguments against excessive development here.

Even with the figures represented by Option F as currently calculated, there will be need to find sites for 2,340 more houses than can be found in the District’s Priority 1 and 2 sites which exclude Greenfield and Green Belt land – as identified in the Strategic Housing Land Availability Assessment (SHLAA).

In this context Hitchin Forum makes the following comments:

Hitchin Forum would therefore be very concerned if the consultation on Preferred Options for Sites (scheduled for summer 2012) were to include the Priority 1 and 2 sites mentioned above or any of the Priority 3 sites at Hitchin. We would very much like to discuss the contentious sites with officers before the consultation if there is any intention of retaining them.

We hope that these comments will be helpful, and trust that you will give them full consideration as you take the Local Plan forward to the next stage. As we have stated we would be pleased to be involved in any direct discussion on the robustness of the calculations or the suitability of sites.