Hitchin Footpaths – How You Can Help 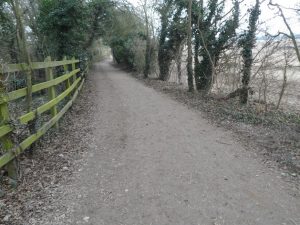 For some years, Hitchin Forum members worked in coordination with Hertfordshire County Council’s Countryside Access Officer for our area, Nicholas Maddex. Our input used to be of the form of a general survey of footpaths in Hitchin conducted every six months. These reports not only highlighted issues, but also identified action which had been taken – you can see some of the improvements here .

Since 2018, we have worked in cooperation with Hertfordshire’s Rights of Way Unit and the Countryside Management Service to produce two types of report – the Parish Rights of Way Survey and the Rights of Way Ease of Use Survey.

Which paths have been surveyed and what were the issues? A full list of the surveys completed since 2018 can be seen here – latest July 4 2021. The list only gives brief details of any issues, so, if you would like a copy of any of these reports, please contact Bill Sellicks at footpaths@hitchinforum.org.uk. Rights of way are identified by their number on HCC’s web version of the Definitive Map. Use of this takes a little practice, so we have obtained permission from the Ordnance Survey via HCC to provide a map of most of Hitchin’s urban paths here . In the list, the locations of those rights of way which have been surveyed in Hitchin are identified in the list by a map reference – e.g. C2, E4 etc. When you open it in your web browser, it will help if you increase the size of the page in order to see the relevant path numbers.

What happens after reports have been submitted?

Once the reports have been received, any issues are assessed and prioritised by the Rights of Way Unit for inclusion in the Rights of Way Improvement Plan. The most useful manifestation of this is the Suggestions List which can be viewed here,   and which includes a number of suggestions which feature in our reports.

Hitchin has well-over 100 footpaths and bridleways, and members may be able to provide useful information which will prompt a survey which could result in action being taken to rectify problems. Health and safety issues tend to receive a rapid response – the installation of a hand-rail in St John’s path, or the closure of the footpath behind the Gudwara in Bearton Avenue following reporting of a leaning wall being recent examples. Other issues take longer – the clearance of vegetation on the verge of Wymondley Road between the St Michael’s Road roundabout and Coot’s Corner which forms part of the Hitchin Outer Orbital Path took a couple of years before being prioritised.

It is important to realise how responsibilities for care and maintenance of footpaths and bridleways are divided between Hertfordshire County Council (HCC) and North Hertfordshire District Council (NHDC).

HCC deals with surfaces of rights of way. This includes steps and bridges. It maintains, or encourages landowners to maintain ‘access furniture’ – stiles and gates – and is responsible for signage. It will take action on overhanging vegetation and other obstructions – generally this is of the form of negotiation with landowners about maintenance of hedges, boundary fences and walls.

Litter, fly tipping and graffiti are the responsibility of NHDC. All can be reported using the Council’s website (see below for links) although direct action on the part of the Council depends on the location and, in the case of graffiti, a report will often simply result in a property owner being informed.

If you notice any problems which are likely to be the responsibility of HCC please get in touch by email to footpaths@hitchinforum.org.uk giving details of the location and nature of the problem. This will initiate a survey which will be forwarded to HCC.

NHDC forms for reporting of graffiti and fly-tipping.